Cathy comes from a very musical family and is a native of New Orleans, Louisiana.  Her father, Joseph Gianfala, Sr. sang and played guitar in Dixieland Jazz Bands, and performed other music. Her mother Peggy Sue, her sister and brothers all sing. Her parents said that as a baby, Cathy would sing herself to sleep. Music filled their home everyday and music was the main event, as they sang at family and friends gatherings.

Cathy grew up listening to many styles of music. She loves to sing music that her parents taught her. She first sang on stage at age 5 with her father’s band.

41 years experience as a Professional Vocalist/Guitarist, Cathy has vocal study in Opera and Sacred music, with Charles Paddock of Loyola University and studied Classical Guitar with well-known New Orleans guitar instructor, Roger Filiberto. At an early age, she studied tap and ballet and loves to dance.

Cathy has been a guitar instructor for over 30 years, as well as vocalist in Musical Productions, at special events, Concerts and Television. She has performed at numerous Churches in the city of New Orleans and Metropolitan area, for Weddings, Concerts, Funerals and Church services.

She has worked in Church Music Ministry in the Archdiocese of New Orleans for over 40 years, as Cantor, Choir Director and Musician.

Cathy has also been singing and playing John Denver’s music since the early 1970’s.

In 2000, Cathy was inspired to first write the lyrics to “Love Song: A Tribute to John Denver.”

In 2009, she wrote the music and her song led her to be invited to sing in Aspen, Colorado in 2010 and every year since.  She did not know until May 2010 about John Denver Week in Aspen.

When she first sang in Aspen at the Windstar Celebration October 2010, John Denver’s fans remarked, “Now here is a woman whose voice is so well-suited to sing John Denver’s music.”

2012, Cathy recorded her Tribute CD, Love Song A Tribute to John Denver in Nashville at The Parlor Studio on Music Row, with former musicians who worked with John Denver. She has been invited to perform in Aspen, Colorado for John Denver's Tribute week since 2010.

In 1991, Cathy and her husband Al produced her recording, “A Call To Peace,” with traditional hymns and original songs written by Cathy.

Summer 2013, Cathy recorded her new CD, A Matter of Faith, with 10 of her inspired songs and she added 7 more wonderful songs! Also recorded at The Parlor Studio in Nashville on Music Row. (Check it out on her music page.)

Cathy performed with her father in his bands for many years and as soloist at nursing homes, hospitals and other events. Cathy says, “For me, singing and playing music is not about what I can get from it, but about what I can give to others. Music helps to heal those who are hurting.” Cathy’s next project is to record Jazz Standards, New Orleans songs and Classic Country.

With rich, deep velvet tones to mezzo-soprano, Cathy has a unique versatility to her voice, a wide vocal range and sings a blend of Pop/Folk/Country, Classical, Sacred, Broadway, Standards and Jazz. 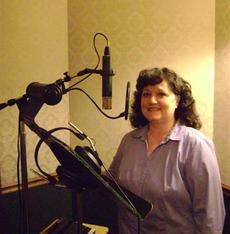