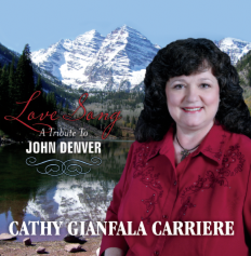 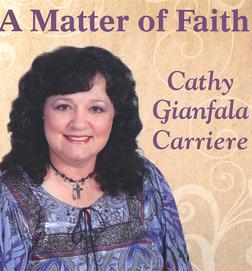 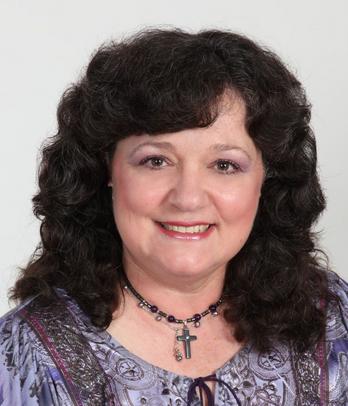 Classically trained; her voice has been compared to many Pop and Classical Vocalists.

For CD's, Bookings or other info, send Cathy a message on Contact page. ​

​Produced by Pianist Chris Nole, who worked with John Denver and many other Grammy Award Artists! ​Recorded at Parlor Studio, Music Row, Nashville.

Check Cathy on Facebook & You Tube. Thank you for your support!

"This is a beautiful collection of John Denver songs. The choice of music on the "Love Song" CD allows us to enjoy the clarity, richness, range and emotion of Cathy's voice. The words and music of the title song, which she wrote, are just beautiful and straight from the heart....what a tribute to John Denver!"

"I have the pleasure of being the first to comment on this wonderful new album of gospel music,  "A Matter of Faith" from Cathy Gianfala Carriere, who has previously impressed me with her collection of John Denver songs. Cathy is certainly a versatile artist and she shows it here across a wide range of songs of faith, including some that are new to me. This is an artist who knows how to deliver a song. Another excellent album from Cathy Gianfala Carriere."

​     Coming from a very musical family, my life has always been about music.

For me, singing and playing music is not about what I can get from it, but about what I can give to others. Music can help to heal. I hope to make a difference with the music I'm inspired to write and perform for you.  Thank you to everyone for your support!

Have a joyful day, keep life simple and let your light shine!  God bless you!  Cathy

Thank you to New Orleans WWL-TV, PBS Station WYES-TV and Catholic Radio for having me on their programs to sing songs from my album "Christmas."

In Summer 2015 I awoke during the night with inspiration to write "Christmas Here in New Orleans." Thank you all for making this song a new Hit!

Cathy was first invited by one of John Denver's close friends to perform in Aspen, Colorado at John Denver Tribute in Oct. 2010.  This led to her meeting John Denver's musicians and recording 2 albums with them in Nashville. Cathy has performed many times in Aspen since 2010.

This inspirational masterpiece Produced by Chris Nole uplifts and inspires with a blend of Pop, Country Gospel, Contemporary Christian and Classical.  10 inspired songs written by Cathy, with Glen Campbell's "Less of Me," John Denver  and Joe Henry's "The Wings That Fly Us Home," Carl Perkins's "Daddy Sang Bass" and other great songs!

Recorded at The Parlor Studio on Music Row, where Cathy's CD "Love Song A Tribute to John Denver" was also recorded.

In the year 2000, Cathy had a very profound dream about John Denver and wrote lyrics to "Love  Song  A Tribute to John Denver." In 2009, while inspired with new songs, the music came to her in about 10 minutes.

"Love Song" led her to be invited to sing at John Denver's Tribute in Aspen, Colorado Oct. 2010 and every year.  Oct. 12, 2012, the 15th Anniversary on John Denver's death, Cathy was honored to be asked to be guest Soloist for a Memorial Sunset Service for John Denver in Aspen, at his Windstar Land Conservancy and asked to sing Catholic Hymns that John Denver loved. In 2014 she performed  at The Wheeler Opera House in Aspen for The First John Denver Festival.

In 2017 in Aspen, Cathy performed a Tribute Concert for John Denver on the 20th Anniversary of  his death.

Cathy is working on new projects, performing Concerts and is being invited many places to perform.