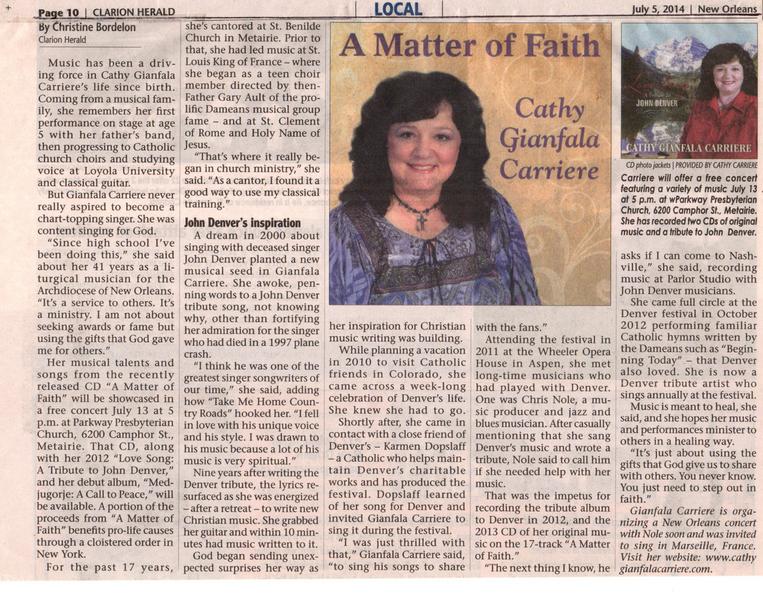 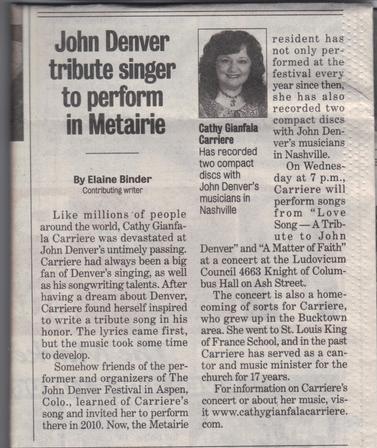 Cathy pictured below with other John Denver Tribute Artists from the U. S. as well as two other countries. ​

​"Meet and Greet"with fans before The First John Denver Festival at The Wheeler Opera House in Aspen. Cathy was one of 12 who performed at the 6 hour Festival. 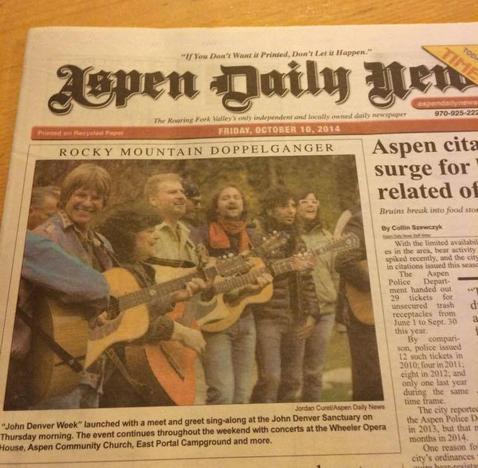 Cathy's summer Concert, June 2015, singing music from her CD's, "Love Song A Tribute to John Denver" and "A Matter of Faith" both recorded with John Denver's former musicians at The Parlor Studio, Nashville. 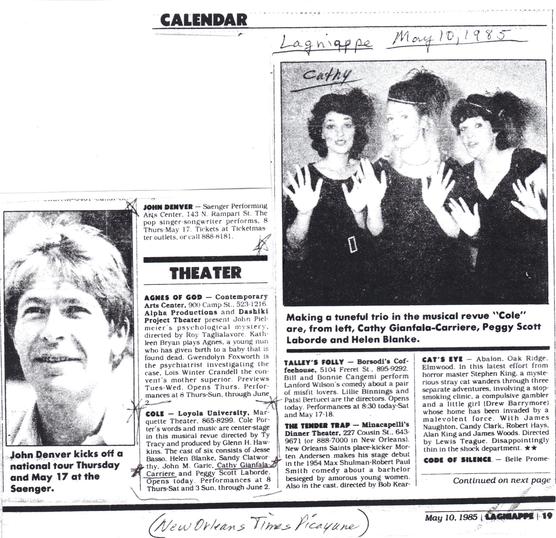 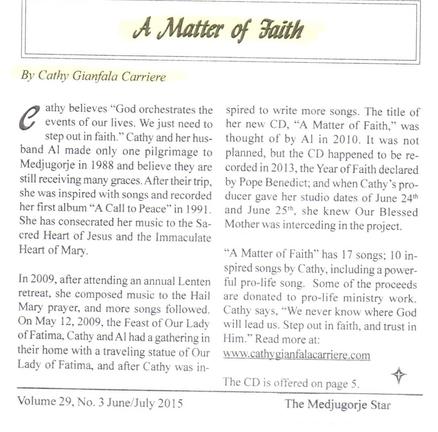 Entertainment Section on the same page with Singer/Songwriter John Denver.

She could not attend his Concert because she was Co-Starring in the Musical Production "COLE", the life and music of Cole Porter. There were only 6 people in the Cast.